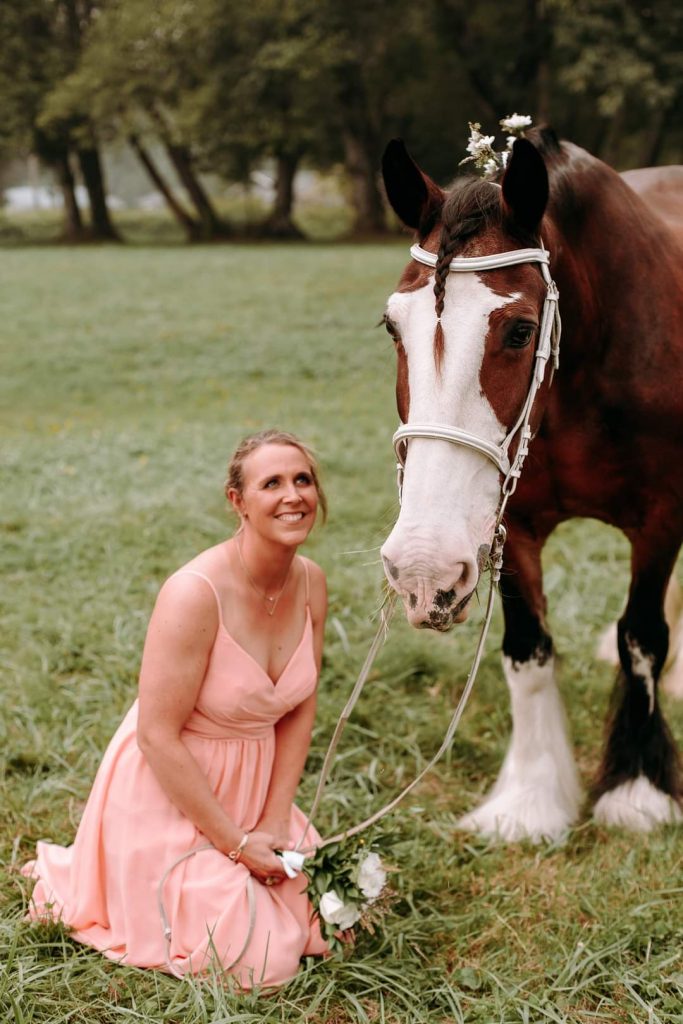 Owner Kendall Campbell has been around Clydesdales most of her life. It began with Charlie, her father’s gelding – and together Kendall and her Dad would travel to local driving meets,  weddings and  special events.  In 2000, Kendall decided it was time for a Clydesdale of her own.  She purchased Shasta from The Canadian Clyde Ride team in 2003, and soon after began schooling and competing her over fences, and also joined the Canadian Clyde Ride team in 2004. Her highlight while being a member of the CCR was to ride in the Rose Bowl Parade in 2005.

Shasta proved herself to be such a versatile mare, that Kendall purchased Vie Va Vancouver- Shasta’s daughter.  The massive mare is now 18 hands tall and has won many ribbons at shows.

In 2016 Kendall and her family  purchased a beautiful 5 acre farm in Mission BC where she was able to purchase Shorty a 2004 registered Clydesdale stallion.

Both Shasta,Vie-va and Shorty are broke to drive and are fine saddle horses who compete regularly in local competitions.

Kendall is an accomplished rider and certified Driver. She’s worked in the Wedding Industry for over 15 years, and is now offering tailored services to Brides and Grooms who want an equine presence on their special day. Her horses are located at HGC Stables in Mission, BC.